Thoughts on Racism by Ntsiki Mkhize 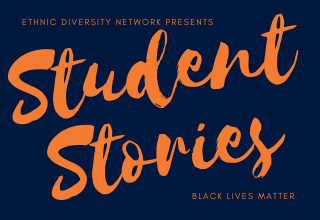 “To be black and conscious in America is to be in a constant state of rage”. It’s been almost 50 years since James Baldwin made this statement and it still rings true today. This state of affairs is true not only for African Americans, but for Africans and other melanated people’s world, over where overt or subliminal racism persists. The global eruption of BLACK LIVES MATTER protests in recent weeks signify that people are fed up and want change, they also point to a generation of all colours who want to be part of a different world, an equal world-one in which all people are free from prejudice and have access to real and meaningful justice. Although this seems to be occurring in overwhelming numbers now due to the instant access of social media, it’s far from being revolutionary; black people have been fighting for freedom and emancipation since Africa was first invaded and since the first of its people were taken abroad to Europe and the Americas in forced labour. It seems more than obvious to our generation that we are all equal, but the implications of this equality go beyond taking up placards, assembling in peaceful protest or signing petitions. It requires a complete overhaul of a system that many are comfortable in, and however well-meaning the intentions of an individual may be, the systems they belong to perpetuate racism and inequality.

I remember arriving in Scotland for the first time in September 2019, it was the first I had travelled alone internationally as an adult and my first overseas trip as an adult. After settling in at my residence, I made my way to a post office in town to collect my BRP card and took the walk through Glasgow City Centre with joy “that I’d made it”, “that I’d arrived”: I, the granddaughter of a domestic worker was now in a foreign country, living in a world class city alone and as the first in my family to be pursuing a masters. Because my family couldn’t afford it, this was the culmination of almost two years of relentless fundraising – I was finally here to live out a dream, I was the wildest dream of my ancestors.

The scenery was new and exciting, clean and very white. My first full circle moment came during orientation week when I took a tour around the city and discovered Merchant Square. Here I learned of Glasgow as one of the first slave trade ports and that the renounced statues of the merchants that so proudly stood in Merchant Square were in fact merchants who traded in humans - black people, my people. It was a surreal moment to be free and in pursuit of my goals in a place where just a century earlier I would have been in the same place as cargo. This was a full circle moment as part of the collective story of black people, but also personally as my maternal grandmother had been the granddaughter of a Scotsman who’d served as part of a military platoon that was dispatched to southern Africa. While I do not know much of the man or his family, his values, beliefs or mission, I’m under no illusions that him having a child by an African woman was because he’d somehow found his true love while dispatched on his mission. I doubt when Europeans first set out in their conquest to enslave other nations they ever imagined them being free and participating in society as free people, and so the systems of education, economy, governance and so forth that were built did not have us in mind. As lectures began it became increasingly clear how excluded we actually were, not only was majority of the curriculum Eurocentric, it was very blatant in its exclusion of the effects of the world’s colonial history and its role in creating regions now referred to as the Global North and the Global South. It felt that I was coming from a country only 25 years into its democracy where colonial presence was still so prevalent, yet here across the world where it started, all of society had moved on from the “mess” their forefathers left in Africa.

The prevalence of this exclusion was seen not only in the Eurocentric curriculum, but in some lecturer’s inability to engage on global views and experiences and a classmate who made a remark about slavery having been necessary and saw no issue with it. My experience in Glasgow never rendered me any direct racial experiences, only a feeling of invisibility, which I quite enjoyed from the perspective of feeling like for the first time in my life I wasn’t involved in daily racial tension, as was common place in South Africa depending on the scenario you found yourself in – it wasn’t a belligerent in your face type of racism, but a growing thick cloud of tension in the country due to recent blow up on social media with white people sharing racial slurs. A second full circle moment came in realising that I could be invisible in a country where I am the majority and in another where I am a minority because the structures that facilitate that invisibility were common to both contexts. It was also realising that just because a school or city does not have a lot of black people and therefore may lack opportunity to show its racial stance does not mean it is devoid of racism.

As I see the protest over statues, I think back to Merchant Square and whether abolitionists who initially owned slaves should have statues. I think back to the many students that were taught a whitewashed history that I have to engage with in the globally connected world we’re all citizens in, and wonder what their stance in these times is. Mostly I wonder whether the many young voices that have come up as allies truly understand the extent of our history: that no European civilization was built apart from the use of black people as slaves, and that justice and sustained equality goes beyond arrests for those police officers who’ve killed innocent unarmed civilians, but necessitates a repenting of all European nations. It means reparations, decolonising the curriculum, challenging long-held views of “European heroes” and dismantling a political, social and economic system built to sustain white people. To be an ally means to be here for the long haul, to want equality means to do so without bias and insist on equity and in a world where this can still be contested. It means to be black and fully conscious of your history and context. It means to be constantly in some form of rage!